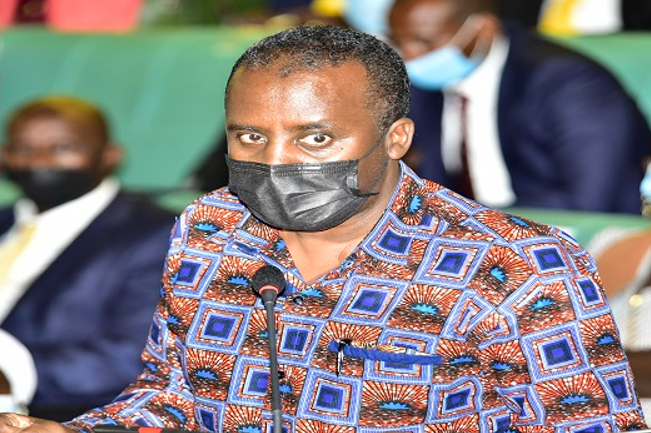 The back-to-back blasts that have claimed two lives have pushed Members of Parliament to question the thoroughness of the state’s intelligence services, with many calling for the agencies to become more effective.

A bomb blast went off in Komamboga in Kawempe Division, killing a one, Emilly Nyinaneza and injuring scores.
Before the country could come to terms with the first explosion, another went off on a bus at Lungala in Mpigi, killing one, who President Museveni in a tweet later said was the perpetrator.

But MPs were not reassured especially given that the British had issued a terror alert in the week preceding the attack, which police spokesman Fred Enanga downplayed.

Speaker Jacob Oulanyah said there is need to level up to the attackers by getting quick and credible intelligence.

“I saw an alert from the British High Commission about a terror threat and in a matter of hours it happened. Can we up our game as well?” he said.

“People died and you don’t know the extent to which evil people can go; they indiscriminately aim at destroying lives…such people are there and they are dangerous to all of us,” he added.

MP Jonathan Odur (UPC, Erute South) said the security agencies are making it difficult for the public to have faith in their ability to combat terrorism.
“These acts caused a lot of panic in the population; the public is not sure whether we are in charge of the situation,” he said.

Since the death of Deputy Inspector General of Police, Lt Gen Paul Lokech in August 2021, President Museveni is yet to appoint a replacement.

Also, there has been reports of terrorist group ISIS claiming responsibility for the attack, although the security agencies insist they haven’t seen their trace in the blasts.

At a news conference earlier, the Leader of the Opposition in Parliament, Hon Mathias Mpuuga said government gets a significant allocation for classified expenditure which should give government the means to collect good intelligence and avert such occurrences.